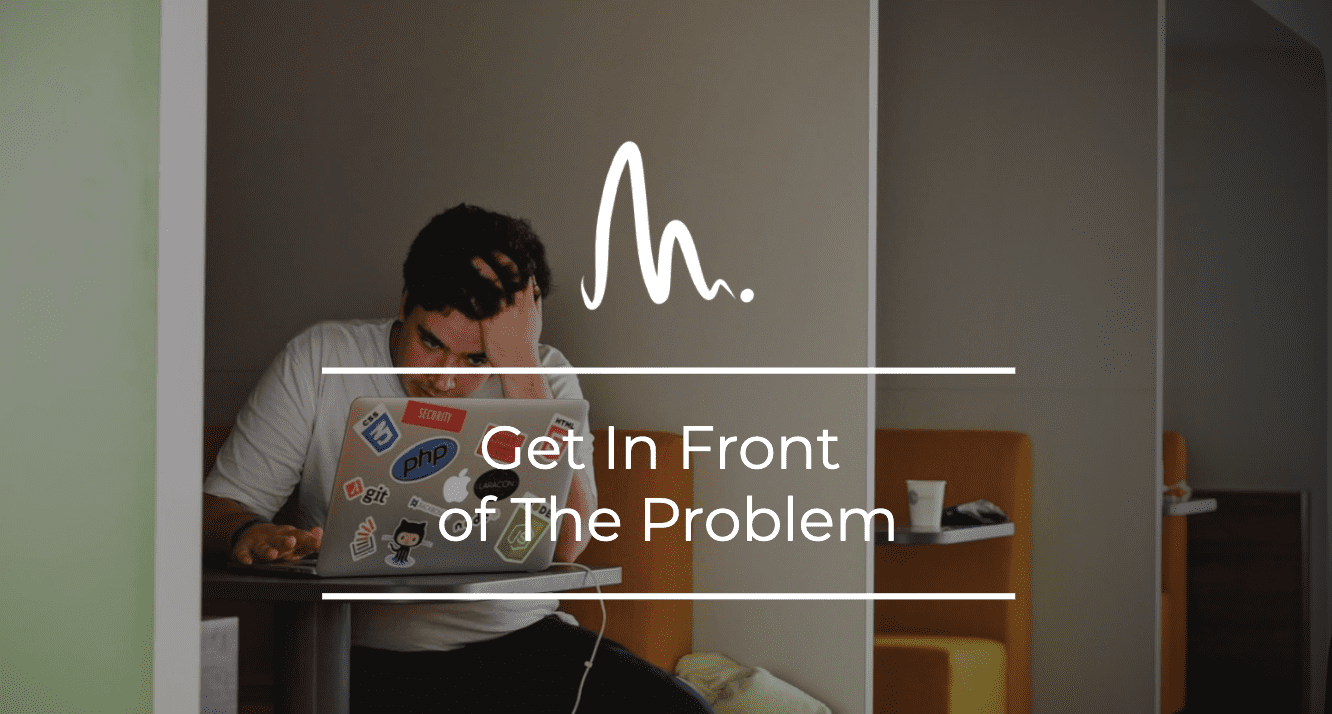 Get In Front of The Problem

I want to talk about getting in front of problems.

What I call not being snookered behind the black ball.

I see so often in businesses where problems, disputes, disagreements happen whether that’s within the team, within supplier and supply chain or sometimes in customs as well.

All too often, it’s so easy to jump onto the keyboard and exchange messages to try and resolve this.

Ultimately I think that’s really only going to go down one way, and that’s down the black hole to further confusion, further frustration, further anger or disruption.

I’m a big believer in all the businesses that I’ve both been in and continue to be involved in is about what I call getting in front of the problem.

Take The Time To Talk

The best considered thought you’re ever going to get is about speaking to people.

Getting in front of it, picking up that phone if it’s a remote situation, or asking that person to sit down just for a quick five minutes in a non-threatening environment.

Such as, “Hey, let’s just have a chat about this situation.”

I usually find that if you can get in front of a problem really early on, get the other person’s viewpoint.

My objective is to change that other person’s point of view.

“It’s either a miscommunication, a misunderstanding or we’ve just totally both got wrong side of this.”

Go into those situations looking to learn more about the other person’s side, and try to understand that.

I think it happens quite often, doesn’t it, where people just go into it, “This is why I’m putting my point across this way.”

My view is I’d much rather, “Tell me why you think it’s right that way,” or “tell me why you’re so passionate about doing it that way.”

Identify, Learn From & Solve The Problem

I think if you can get that a lot better and a lot more focused to understand their side before you start pushing your side.

I think you’re going to really start to open your eyes.

You’re going to become a better leader to start with.

You’re going to become a better person, and dare I say, you might even learn something because that other person might actually have a point, and that point might be better than yours.

It might be more valid than yours at that time.

It’s not really about point scoring.

It’s just about getting a resolution to the situation that doesn’t distract the rest of the day.

It keeps you focused on what’s important and what you’re out there to do.

I also often see that people get consumed.

There’s maybe an HR issue, and then all the talk is just about that person, and the distraction is huge.

Or supplier, maybe they’ve overcharged or not.

Then it’s taking one, two, three people’s management time out.

That negative sort of perception comes out.

“Oh, I wouldn’t buy off them. They always overcharge.”

All that comes in, and it could be simply avoided.

Of course, I’m not saying that people don’t take liberties.

I’m not saying that people don’t take advantage, and there are just some bad people out there who purposely overcharge or purposely just want to set the world on fire.

But I don’t think that’s most of us.

I think most of us either have misunderstandings, we have miscommunications.

I think the best way to resolve those, in a way that allow you to stay focused, allows you to stay on top of what you’re meant to be doing.

Whether that’s selling, fulfilment, managing customer service or whatever.

The best way to do that is to get in front of it early on and start asking questions.

“So why do you think that is?”

No, no that’s confrontational.

“Help me understand why you think that that’s the best way to approach this,” is a better way to answer it.

So you’re saying this same thing, you’re just asking it in a different way.

You’ll be surprised about the reaction that you’re going to get from people just with those more relaxed, informal type questions over dictative answers.