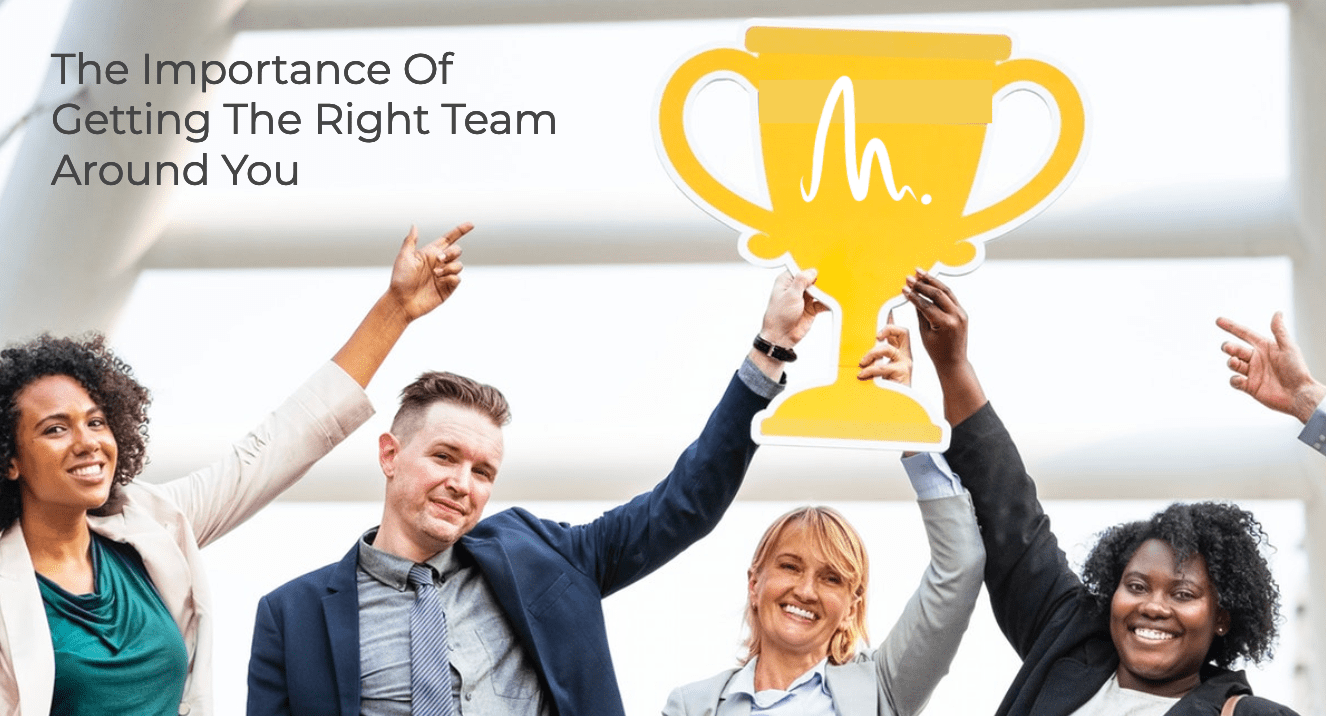 The Importance Of Getting The Right Team Around You

I want to talk about in a little bit more detail is the importance of getting the right team around you.

Now, the summer is fast approaching and summer holidays are on the way, and as entrepreneurs you’re potentially looking at going away.

Or a laptop every day taking up your holiday?

So, to get the right team.

I see in so many small businesses where they’ve grown up out of maybe being a sole trader or a partnership to start with.

People are stuck in positions…by default.

Just because they were there right out of the inception of the company.

Which is credible because they’ve helped the company grow, and have helped you as a team and as a business to get to where you’re at.

Entrepreneurs really, they get blinded by loyalty.

Don’t get me wrong, I’m not saying that loyalty is not important, it’s massively important and certainly worth a good number of thousand pounds to your bottom line every year.

However, if you sat there, as a small to medium business with people in key roles, when I say key roles: revenue generating roles, or revenue protection roles.

Real real key roles that maybe are in that role because you feel obliged to give them that, because they were there when you started, it could be a real serious mistake.

Looking at it, there are people who are designed to get the best out of themselves, and to give the best to the teams at certain levels and if you’ve got people, what I call “by default” in a role, then you seriously could be holding your business back.

Now, if you haven’t.

That can be fixed by training or some type of management development skills to really bring them open.

To help them cover key roles and that’s equally your responsibility more than it is theirs.

You started the business, it’s your baby.

The vision and the drive and hopefully you’ve got your team bought into that.

Ultimately, as I’ve said, some people just sit in a role, then they get a director title, and then suddenly they’re in a position of authority.

Don’t Be Blinded By Loyalty or Obligation

Have a good look around your team.

Who is the best man for the job?

Or woman for the job?

We use a piece of software on a process called Belbin.

Belbin is like a report feature and it’s really going to help you understand what type of skills your team have got and tell them what the best role they’re going to be suited to.

So, don’t get blinded by loyalty or obligation.

Sometimes I’ve seen it many times where people are being put in positions of authority, like I said they adopt this director title.

It’s not really for them and they don’t really contribute that extra mile to get the strategic and management tasks done.

When you sit down with them and you say, “look, you think you’d be better suited in this role.

I know you’ve been with us from the start”, sometimes they’re actually relieved that you’ve taken that sort of pressure away from them.

So, take a good look around your team, have a look at it.

Assess them, use Belbin reports.

Just finishing off, if you’ve got people in there who are not sharing the same vision, they’re not on the same page, they’ve got different agendas.

Then respectfully, there’s little training that’s going to help them.

They need to be gone.

You need to fire those type of people, whether they’re internal, external.

Help them go and get a job elsewhere because if they’re not on the same page, they’re going to seriously hold you back.