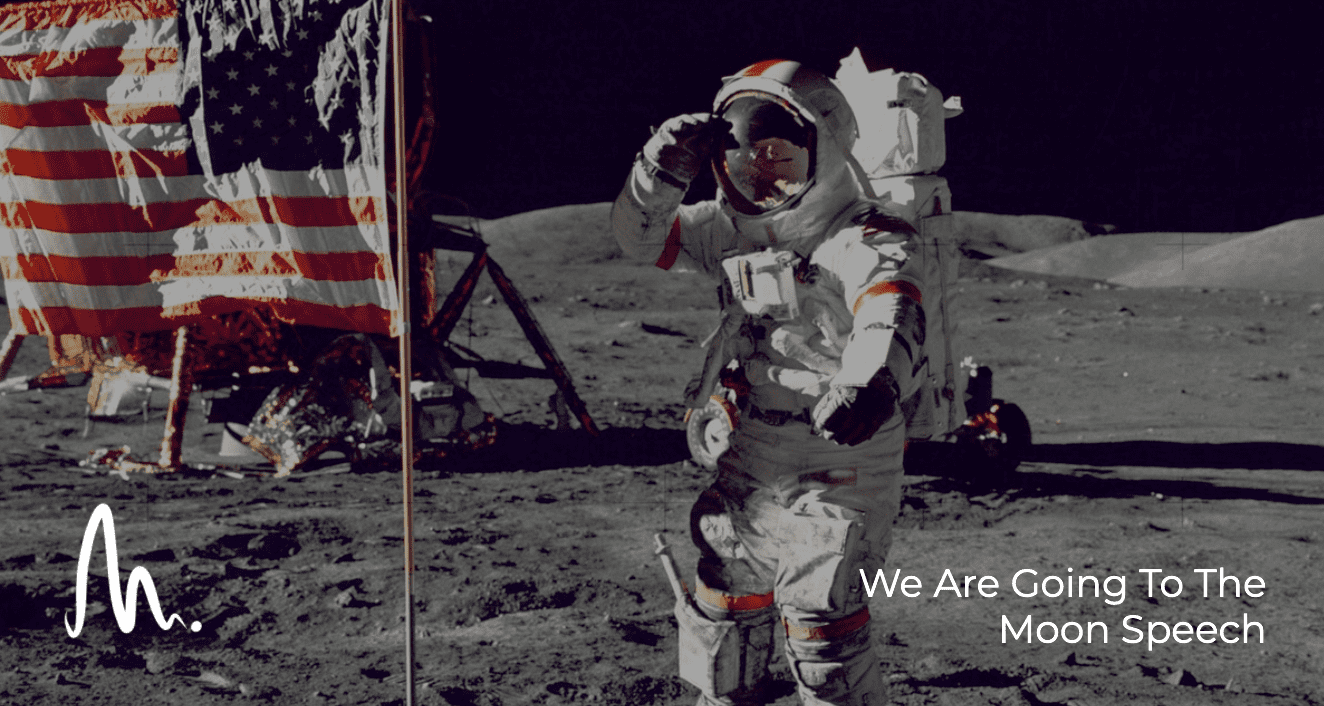 We Are Going To The Moon Speech

I’m here in Boston at the John F. Kennedy Presidential Library and Museum.

I just really wanted to share some things that we looked at inside there.

I think one of the most famous speeches that JFK ever made was his September the 12th, 1962 we’re going to go to the moon speech at Rice University in Texas.

If you’re not familiar with that, I’ll put a link down below after we’ve posted this video about that speech.

In 1962, if you think, the space race only just really started.

The Russians and the Americans had gone round and orbited the Earth but no real sort of progression past that, and it was very experimental.

Probably the technology inside the spaceships at the time were probably not much more than the electrical devices that we have in our homes today.

So for somebody that technically was cast as the leader of the free world to stand there and say we’re going to make a commitment was monumental.

Today we hear about audacious goals and things like that.

I want you to comment below, what is your audacious goal.

We came out of the JFK museum and library and I was speaking to Alasdair and he said that if you grab that audacious goal what does that look like?

If you put a knot at the end of that, what does that look like again?

What are you going to do to try and achieve that?

I really think that if in business you want to sit there and you just be idle with it, and you’re just plodding through with normal forecasts and the normal turning up to work and doing whatever you’re doing and things like that.

How will you ever go to the next level?

In Kennedy’s case, and the United States, they actually made the moon July 20th, 1969, just short of seven-eight years after he made that famous speech.

The technology and the science and the physics that goes behind that.

You can only just imagine what that looks like.

So I’m challenging you today, it’s coming to the weekend there in the U.K.

It’s probably getting into late Friday night, but I’m challenging you for your business, what’s your audacious goal, what is it?

Can you make it?

Always keep it realistic, but push the hell out of yourself, like the space race programme of the 1960s.

I just thought it was really inspiring to share that with you because it’s not often enough that we do that.

Which I know you can do.