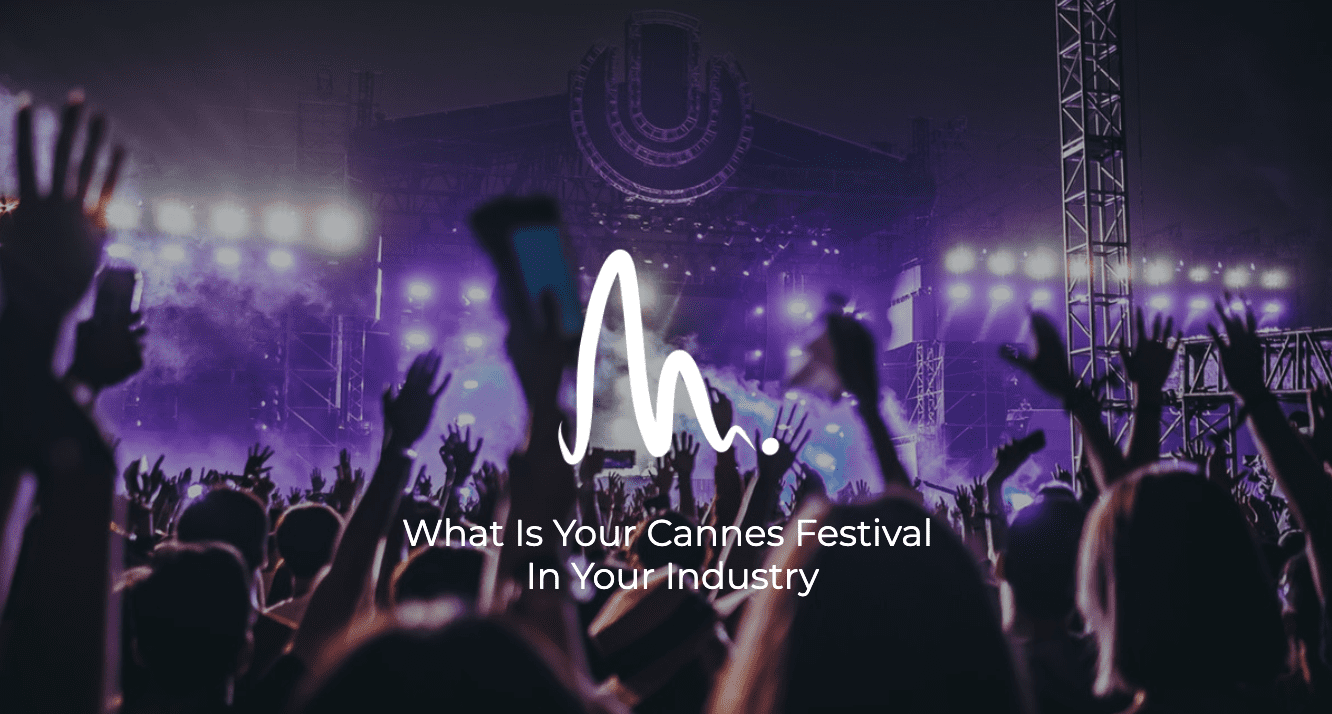 What Is Your Cannes Festival In Your Industry

Today this is day six and I’m down in Cannes on the harbour and marina front.

It’s a bit of a wrap up really, no specific subject for you today.

I just want to go through what’s on my mind, some fresh thinking that I’ve had, some catch up on the book that I’ve been reading which is Cal Newport’s So Good They Can’t Ignore You.

Also just a bit of a reflection about Cannes and the city or town and what it means.

It’s the first time I’ve been here so pretty light on knowledge about the place, not really had a lot of time to research it or anything like that.

But if you think about it in your business, what is your Cannes as far as your annual event?

I think it’s around April or even May time, the Cannes Film Festival happens.

People come from all around the world, especially the Hollywood studios and things like that.

They come here to celebrate film culture, art culture and the best of the films.

So, What’s Your Cannes In Your Industry?

You go into the major events and these could just be expos.

They don’t have to be anything as extravagant as Cannes, but it could be an expo at the NEC.

It could be an expo at Olympia in London or even just regional.

Is it one you have to go abroad to get to mingle with the people who are really going to make it happen for you in your industry?

Too often I see people saying to me, “Mike, well I’d like to go to the expo but it’s two or three or four thousand pounds to exhibit.”

Well, that’s what it costs.

Okay, you’ve got to get an ROI on that and get a plan around it, get your pre-event marketing right, the in-event marketing, what you’re going to do on the day.

Also, what you’re going to do afterwards to follow up.

But if that’s your number one event like Cannes is for the film industry, then ultimately, if you’re not attending that then how serious are you about penetrating your marketplace?

How serious are you about growing your business and becoming a player in your field?

So my first recommendation is to put some budget aside, the number one budget I’m asking you for is time.

Start at research, whether it’s yourself as the business owner or it’s someone in the office who’s got a bit more time than you as a business owner.

Get them to research what the number one expo is.

Start doing some research, maybe ring some exhibitors who’s exhibited there previously, get some feedback and find out what your strategy is, what do you want to achieve from this?

Because if it’s just about saying hey look at the size of my stand or how big it is or whatever like that, then I think that’s the wrong way to go about it.

But if you’re trying to get market share, you’re trying to steal work off of competitors, you’re really trying to make a statement on the high growth then ultimately you need to be at your Cannes equivalent of your industry event.

For the last three or four years now, we’ve exhibited at the Buy Yorkshire show and for the last two years at the business expo in London and it is expensive.

It does sort of add up by the time you get the stand, the marketing materials, the accommodation, the hotels.

But if you make it an integral part of your marketing budget each year then why wouldn’t you do it?

Think about how much you’re wasting on flyers, business cards, email shorts, Facebook ads, Google ads, things that maybe you’ve not got a lot of control over.

So all I’m saying is find your Cannes, get inside of it and make sure you exhibit with a strategy around it.

So Good They Can’t Ignore You

I’m probably about 120, 130 pages in now and there’s a great sort of opening paragraph in there where people say, “hey follow your passion do what you love”.

But what Cal Newport does is he actually challenges that to say, that’s the last thing that you should be doing and he goes on to give an example about Steve Jobs.

There’s no doubt of the genius of Steve Jobs and he goes on to talk about the major talk he gave at Harvard Business Review or maybe it was Yale I don’t know where he engaged all these people and said, “hey, follow your passion”.

Well actually, Cal Newport goes to demonstrate and prove why following your passion is actually a bad thing for your career and enjoying work.

If you don’t have So Good They Can’t Ignore You by Cal Newport as a book, I really recommend that you get that, really puts some different perspectives on things.

There’s a great saying in there and this is what I’m going to share with you.

There’s also one where to really get good at your industry, to become the best in your industry, instead of following your passion become a craftsman, and that’s what Cal Newport goes on to talk about.

Just being the best of the best.

Now, if you’re a business that does two, three, four, five different things then that’s absolutely fine, I’m not saying to dilute your product range but just make sure that you’re absolutely awesome at one thing and craft.Craft what you do, take time to study it.

There’s a couple of other examples in the book where he references a musician called Jordan Tice, a blue grass sort of musician, the sort of specific type of music and he calls deliberate practise.

I don’t want to spoil the book too much for you if you do go out and get it but it’s that discipline of deliberate practise to become so good at something that you actually become a craftsman.

So follow greatness or follow being good more than following your passion.I think that more or less wraps up today, I just wanted to make sure that as I’m going through the south of France, I’m picking out specific examples.

It doesn’t really matter and I’m in Cannes, the home of the film festival.

It’s an amazing day here I don’t know if you can see all the yachts in the background and the marina.

We were down in San Tropez this morning picking up the hire car to get down here and again just another amazing vibrant little ports and a lot more than just the super yachts in there, there’s a lot more going off down there.

So hope that sort of wraps it up for you on Saturday, as I say, two things that I want you to do, I really want you to go to Amazon.com or your local bookstore and buy So Good They Can’t Ignore You by Cal Newport.

Even if you’re not in business, even if you’re an employee, a middle manager and are wondering “why do I need to buy that book?”

Or find a pursuit that you’re really going to enjoy but be so good at it, as the book says, they can’t ignore it.

Oh by the way, one thing I will share with you out of that book is that the book title actually came from a Steve Martin interview in 2008.

They were talking about how Steve Martin got so good at comedy and it wasn’t about being a better stand-up comedian or telling better jokes or having better material.

It was just really crafting that thing and Steve Martin goes on to talk about how he sort of perfected a specific and different style of comedy over a 10 year period.

He became so good, they couldn’t ignore him which is where Cal Newport picked up the book.

So two things that I want you to do.Number one, go to Amazon.com and buy Cal Newport So Good They Can’t Ignore You and I’m sure you’ll thank me for that.

Leave me a comment about what you think about the book, below.

Number two,I want you to do is I really want you to spend a little bit of time to research what your industry main event, what is the main event?

What is your Cannes film festival and what do you want to get out of that?

If you do an expo there, what are you looking to get out of it?

Are you trying to grow, take market share, mingle with the players, learn to be better at what you do?

There’s certainly one thing you aren’t going to get better at just sat in your own industrial estate or your own office block wondering why the other guys are crushing it out there and really doing well.

What I’ll do is I’ll get one of my researchers to actually look at it and we’ll give you some feedback about how we think you should approach it.

So if you want to do that we’d be more than happy to help you out.

We’ll even see if we can put a little bit of a mini pre-event, during the event and post-event strategy, all video recorded for you, to help you get the most out of that session.